The five parts of an Incabloc ® shock absorber – the spring, endstone, pierced jewel, bushing and block – are assembled on dedicated in-house developed machinery. Today, millions of anti-shock systems in different versions are produced each year within the La Chaux-de-Fonds production facility.

Assembly has always been one of Incabloc SA’s major specialities. In addition to automated production, some small-series products are also manually assembled and inspected in the company workshops.

Thanks to our combination of knowledge and expertise, new solutions are also being developed to serve our customers. The shock-absorber production facility has been complemented by workshops devoted to adjustment-index systems, enabling the company to offer a choice of pre-assembled regulator systems, as well as mounting balance bridges supplied by the customer or produced in-house. 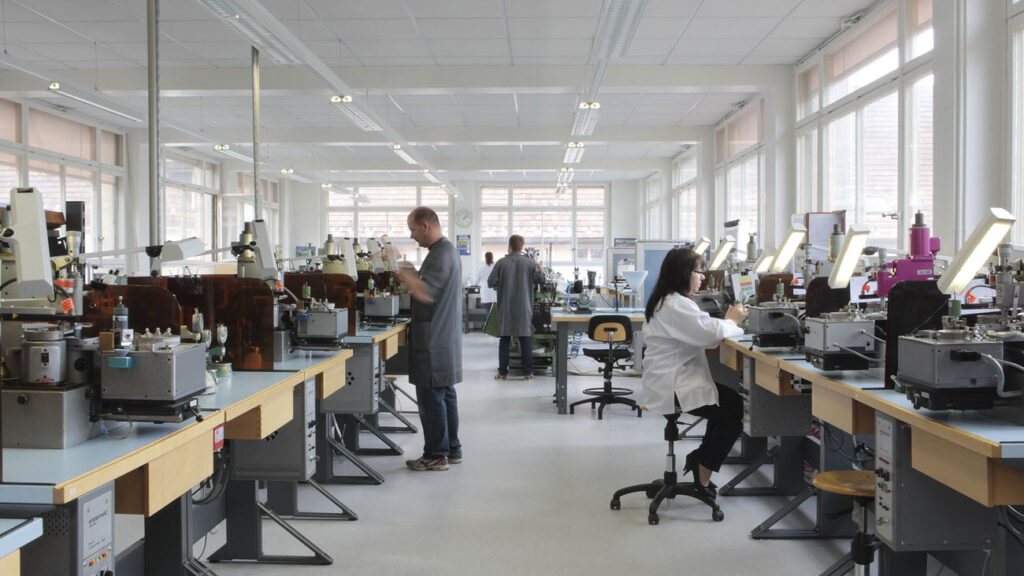